PANSPACIFICFLIGHT has now joined the $10 million club in North America. 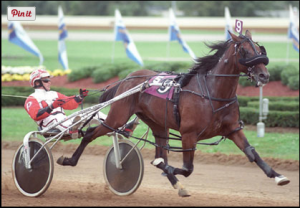 And 2014 was a big year for him. His two-year-olds won $US440,000 in stakes, placing him second among Indiana-based sires behind Rockin Image, but ahead of other prominent sires Always A Virgin and Real Desire.

This year Panspacificflight is standing in North America at Schwartz Boarding Farm in Ohio.